When Ann Stallard began making homemade jam in her kitchen back in January 2004 from home grown produce, she could not have envisaged where those early days would lead.

Initially a creative way to make use of surplus home-grown raspberries, Waterhouse Fayre preserves can now be found throughout the West Country and beyond; in farm shops, delicatessens, specialist cheese shops as well as tea rooms, restaurants and hotels.  Waterhouse Fayre’s first award was in that very first year, a gold Taste of the West Award for Raspberry Jam.

Ann has won numerous awards since her first year, 2016 being the most successful to date. In the recent Taste of the West Awards 2020,  Ann placed in all 9 entries including 5 Golds, 3 of the Golds were in the top 3 of their category making them Finalists, these were Blackcurrant & Cassis Conserve, Exmoor Pond Weed Chutney and Ann’s plain scone which is in her Cream Tea boxes.

Ann is committed to sourcing first class quality produce and cooking in small batches. “I place great emphasis on quality produce and will always try and source locally. Over the years I have also built strong relationships with growers in the West Country to support this” says Ann.

Waterhouse Fayre relocated from South Molton to the outskirts of Tiverton in 2015 – where custom facilities were added to the family home. These new premises allow Ann’s family centred team, including her husband Neil and niece Lucy, to continue developing and producing creative products that you won’t find anywhere else. The new home also has 7 acres, plenty of scope for more fruit growing too, which is Neil’s responsibility. 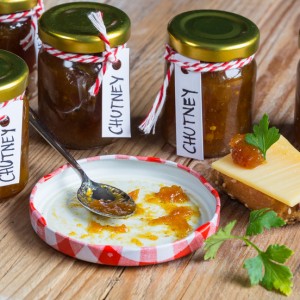 I was asked to write a master class for making chutneys by Food Lover Magazine.  Whilst I have been making them commercially for 15 years now, I would not profess to…
Read more 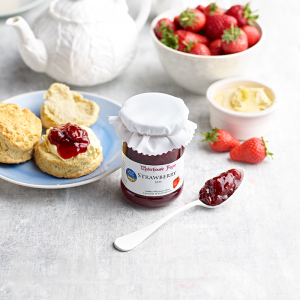 HOW TO SUCCESSFULLY MAKE STRAWBERRY JAM

There are slightly different ways you can make strawberry to produce the sort of jam you want to eat.  Whether you prefer lots of whole fruit, some whole fruit, or…
Read more 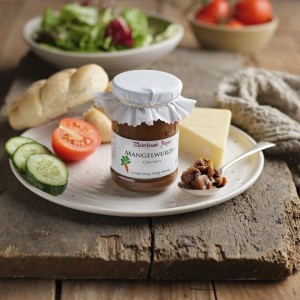 The latest edition to Waterhouse Fayre’s range of preserves is a tangy pickle designed to make your taste buds tingle. The brand new Mangelwurzel Pickle is a perfectly rounded, every-day pickle that won’t be…
Read more 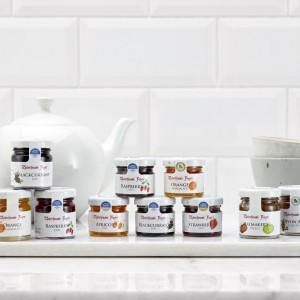 We call them our ‘Midi Jars’, 120g or 4oz in old money. Our range started with Strawberry Jam, Seville Marmalade and Devon Ale Chutney. We have now extended this to…
Read more

Change Location
To find awesome listings near you!